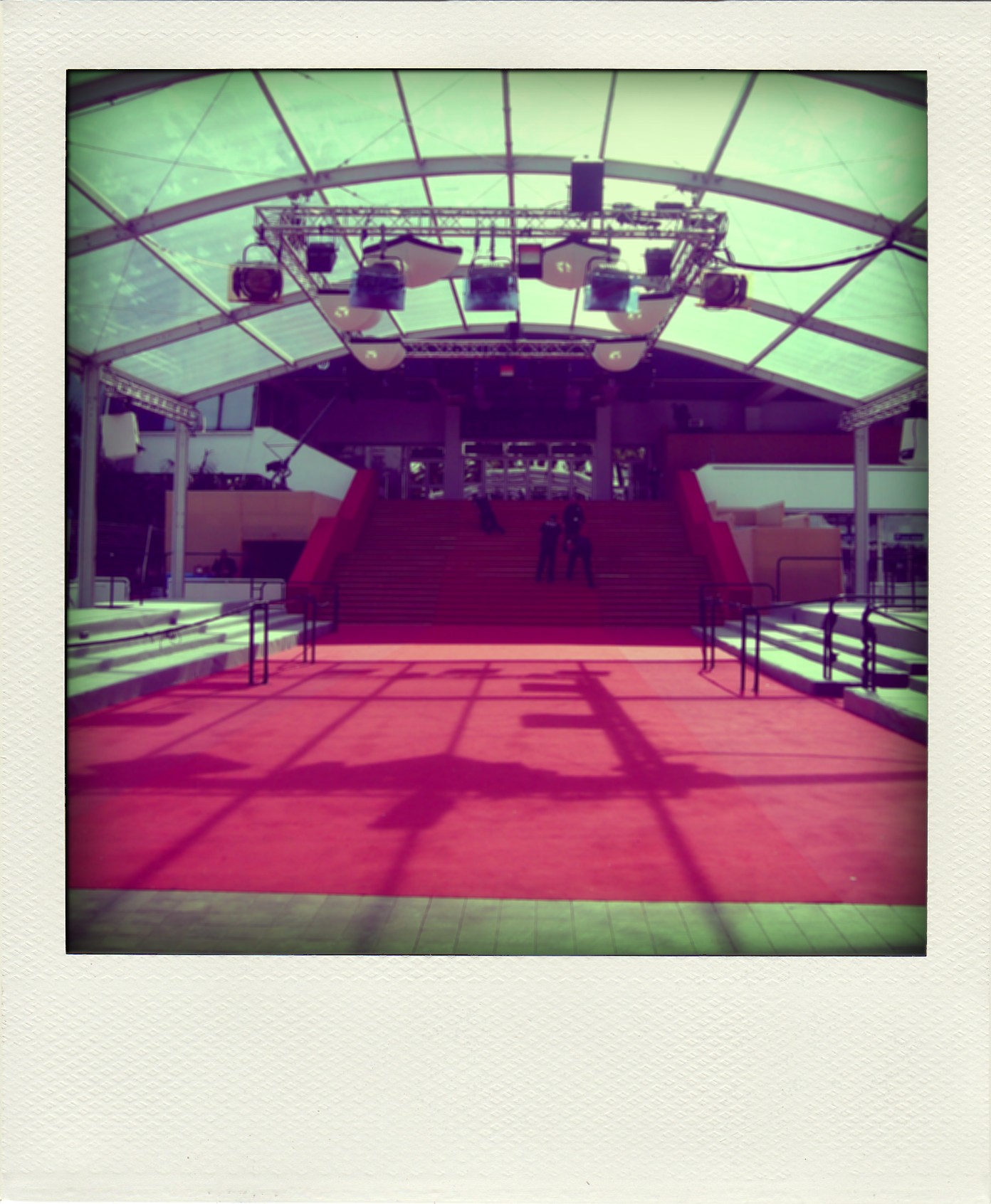 The Cannes Film Festival has just closed its doors and Polkadot had the chance to be part of the glamour and the glitter thanks to Louis XIII® Cognac of Remy Martin. Together with few other international bloggers, we were invited to take part into a 4 days trip to Cannes and Cognac and to have a taste of the made-in-Europe hollywoodian lifestyle.
The journey into luxury begins in Nice, where a limousine pick-up service transferred us from the airport to our hotel in Cannes. During the 40 minutes drive, Antonio, the chauffeur, explained some few facts about the Festival, the people and the atmosphere and among all the things he said, one was particularly striking: Cannes has around 70.000 inhabitants, but during the Festival the number goes up to 200.000 people. Very crowded indeed and above all, high concentration of stars. In Cannes we stayed at the Five Hotel & Spa, located behind the famous Croisette and at short walking distance from the Festival venue. On the rooftop, a temporary pop-up David Lynch’s Club Silencio where we could party already the first evening enjoying cognac based cocktails next to the infinity pool. The morning after, the alarm clock was set relatively early to enjoy a busy schedule day. We first entered the Palais des Festivals surrounded by a frenzy atmosphere, with cameras and journalists everywhere and photographers lined up, ready to take shots of Kirsten Dunst and Kristen Stewart. After a short visit at Rémy-Cointreau lounge-room, where we enjoyed not only the view on the harbor but also the company of Tim Roth, we moved to the Marché du Film, one of the largest film markets in the world. The amount of titles, bizzarre movies, little indie gems and also of b-c-d class movies was absolutely amazing. In the afternoon, after having lunch at Nikki Beach, one of the most exclusive beach restaurant during Cannes Festival, we had the chance to partecipate at the conversation “East meets West” between Alexander Payne and Stanley Kwan. This event has been organized by Louis XIII® Cognac in partnership with The Film Foundation, the non-profit organization founded by Martin Scorsese and dedicated to preserve films. As the LOUIS XIII Global Brand Director -Augustin Depardon- underlines, the two establishments share the same vision: “Much like the time, finesse and care it takes to create a rare, luxurious spirit such as LOUIS XIII, so does film preservation.”
Payne and Kwan talked about the role of the cinema, its importance of preserving the past, the link between East and West cinema and also about the future of the industry.
Alexander Payne: “There is no need to give priority to restore/preserve just masterpieces, but also mediocre films because they photograph the history of the moment”
Stanley Kwan: “I am a good observator. I love working with actors before filming. I enjoy the process before shooting, I enjoy the research.” In the evening, after dinner at La Petite Maison de Nicole and cocktails at Silencio we enjoyed the last jet set moments at Le Baron, where the party atmosphere was boosted by the attendance of the Twilight Saga stars, Robert Pattison and Kristen Stewart. The next day, we had to say goodbye to Cannes and to its quick and unexpected encounters with Hollywood stars and we moved to the quieter Cognac, but this is another story……. One thought on “Louis XIII® Cognac- The Cannes experience”