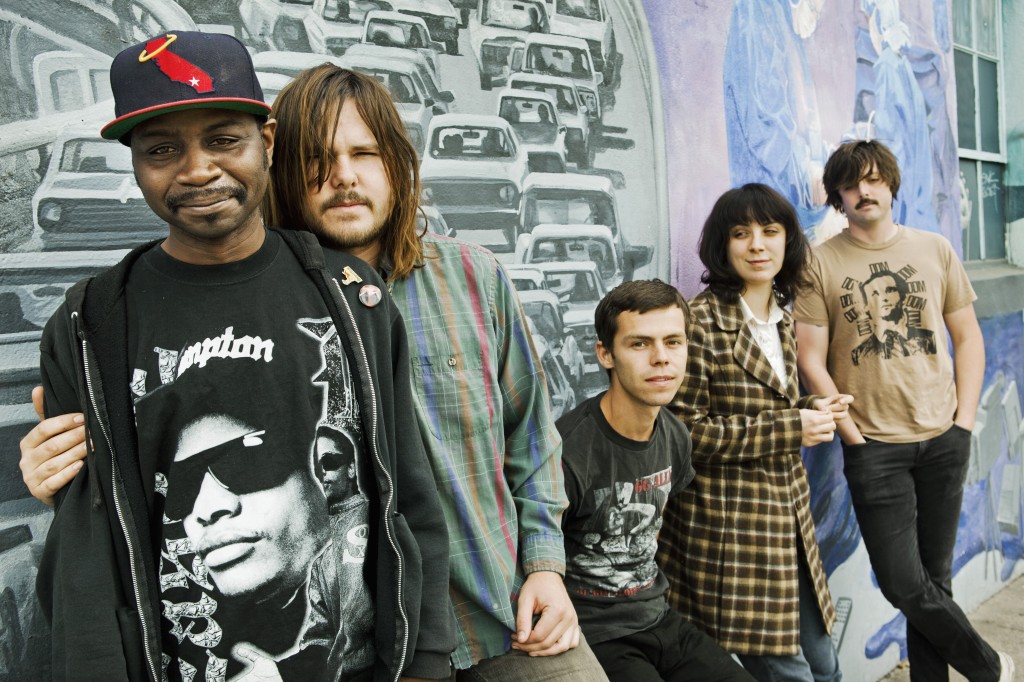 Two- Way Mirror and a chat with Crystal Antlers

Last year in one of the best venues in Milan, Casa 139, I had the lucky chance to spend one night which, a very good friend of mine, would call […] Last year in one of the best venues in Milan, Casa 139, I had the lucky chance to spend one night which, a very good friend of mine, would call “a Champions League night”. The musical-frame of this time with the Seventies psychedelic sound, the sunny and inspiring mood of California was a
a cool band called Crystal Antlers, psych rock from LA which definitely deserves a listen. Well, today their brand new album called Two- Way Mirror is out in the USA, so why not ask Jonny (vocalist/bassist) a couple of questions to get to know them better?

Let’s start with the brand new album which should be out today? What’s the difference between the previous one?

The new album Two-Way Mirror is out July 19th in the USA, August 1st in the UK & September 4th in Europe…I think the songs on this one are much more varied than the ones on our previous records. We really took our time with writing and recording this one. We were trying to make sure that each song had it’s on unique sound, while at the same time sharing a common thread. I think we used single instrument we had at home and in the studio…I even played a marimba on a couple songs!

How much does the Long-Beach atmophere influence your way of doing music?

Long Beach is a really different place than anywhere else I’ve ever traveled to. It’s a relatively small city (around 500,000 people) but it’s connected to Los Angeles and shares a lot of the culture that comes with it -but not in a typical bright, sunny California way. There is a beach here, but it’s one of the dirtiest in the state, and there’s a breakwater for the harbor which means no waves -and no surfing. There is also a lot music history here, especially when it comes to punk and gangster rap…I can’t think of any direct correlation between this place and our music, but the influence is definitely there in small ways.

I know that you chose a special location in Mexico to write this album? How come? And how was it?

I’d been fascinated with Mexico for most of my life and always wanted to have an opportunity to live down there. After almost two years of straight touring, when we were talking about finding a location to write the next record, the idea of renting a space in Mexico came up. It had been something we’d considered before, but just didn’t have the time or resources to make it happen. This time, we had very little money, but we were able to find a place where they were willing to let us stay in an old barn for the $ we had and some work around the property.

I think staying in La Punta Banda was a truly unique experience. We were able to visit some beautiful places and meet so many amazing people. We were even the house band at a local bar, where they paid us in chicken dinners! The cover of the new album is super-cool, who did realize it?

Raymond Pettibon did the artwork for Two-Way Mirror. He’s been one of my favorite artists since I was a kid, and it was a dream come true that he was able to do it for us.

Let’s talk about touring: last year you toured Europe. What was your favourite country? and why?

Well, we all like different places, but I think we can all agree that Italy has the best food. I’d eat Italian over Scandinavian food any day…We like pizza

Is there any band you particularly look at or you’re really interested in?

We all have our own favorites. Mine is Captain Beefheart, I think Andrew’s is Bad Brains, Damian loves Joy Division/The Cure, Kevin is really into Bob Dylan, and Cora likes R. Steevie Moore…to name a few

Any chance to see you playing in Italy again?

Yes! We’d love to come back to Italy again. We’re hoping to make it back to Europe sometime in the fall, or maybe early next year. We once spent 4 days in Bologna, it’s kind of our Italian home…

Fingers crossed for me!

I listened to their album and already have my favourite songs…And in the meantime, check out their new video “Summer Solstice”.