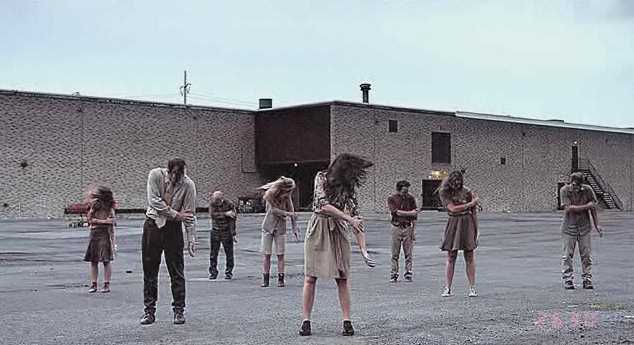 Sprawl II (Mountains Beyond Mountains) is the new video from Arcade Fire album The Suburbs. But this is not the point. Beyond the traditional video ( watch it below), you […] Sprawl II (Mountains Beyond Mountains) is the new video from Arcade Fire album The Suburbs. But this is not the point. Beyond the traditional video ( watch it below), you can find an interactive version at www.sprawl2.com (webcam and broadband recommended): just dance and move your arms in front of the screen, and “the quicker you move, the faster the frames play. You slow down, the caracters in the video slow down. You freeze and the video starts to loop on the beat, creating a new choreography in the choreography”. A great work of the director Vincent Morisset who says: “For a long time, I’ve been wanting to do an interactive project without any interface. Something really primitive and fun. A web experience free of clicks or buttons. Two years ago, Régine told me that they would probably be a dancy song on “The Suburbs” that could fit with the idea. It ended up being Sprawl II. What an amazing song!”.