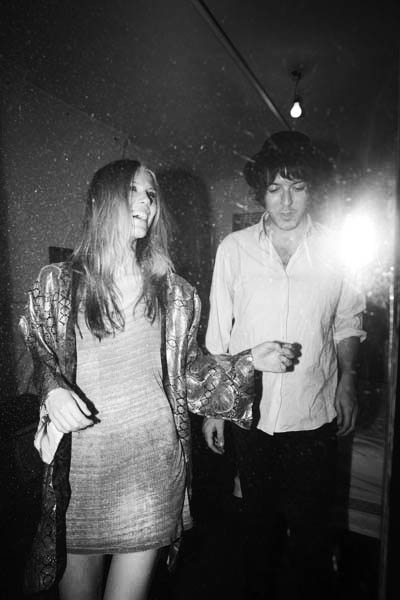 Let’s get to know… Ex Cops

Directly form Brooklyn, there’s an interesting project, whose name simply comes from New york post headline, called Ex Cops. It all started with Brian Harding (who hides a bit of […]

Directly form Brooklyn, there’s an interesting project, whose name simply comes from New york post headline, called Ex Cops. It all started with Brian Harding (who hides a bit of Italy in his roots) meeting Dan Shapiro in a Bushwick apartment. All of a sudden, musical fireworks started and they began recording songs. That’s how Brian describes the start of this project, eating fried turkey and smoking cuban sigar.

For people who like electronic wrapped by dreamy and ghosty sounds, White Women, their first EP, is the one. Severely black and white atmophere surrounds White Women’s tracks, starting from the cover. The polish dance troupe from the 60s of video Millionaire is definitely fascinating. The footage directed by Tim Underwood features a man wriggling on introspective voice of Brian and dragging nostalgic guitar.

The Millionaire by EX COPS from tim underwood on Vimeo.

A slight colourful track is Spring Break written in a day and recorded with Amalie Bruun in her aparment in Chelsea Towers. Suitable for birthdays, as she sings.

Morbidly involved with Nicky Minaj and Azealia Banks, Brian confesses that he likes to follow his friend’s bands like Here we Go Magic, Class Actress, CANT and that a singer should always carry room temperature water, a flask, whether it be filled with whiskey or honey, and a smartphone for song ideas. Fair enough.